starstarstarstarstar 4.9 out of 5 with 7 votes total(Log in to rate it)
save_alt Download Torrent chevron_left Prevchevron_right Next 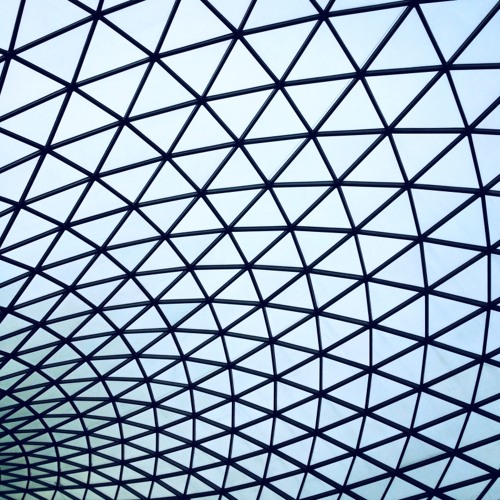 Featuring a mix of 12th century Tibetan monks, one of the first ever recordings of music, made by Thomas Edison on a wax cylinder in 1888, poetic spoken word, 9th century Gregorian Chant, A call to the lama from afar, some unreleased exclusives, 9/8 techno, traditional Chinese music mixed with rude glitch, and a binaural museum.

The brief for this mix was to make something inspired by an architectural space. When I was doing my Post-Doc at UCL I used to go the British Museum to relax, and work in the beautiful library there, so I chose the space for the mix. I wanted to capture the ambient atmosphere in the central courtyard, so I did some binaural recording to include in the mix. I also wanted to make the mix something of an exploration through history and ideas in line with the contents of the museum, so I brought in lots of disparate music spanning the centuries and continents. I also mixed it in a way to be like a journey though the museum, turning corners and regularly coming across something totally different and unexpected, with each track being like a different exhibit. Hence the name of the mix, in that, each piece of music almost has a visual content.
Track 1/17 - Max Cooper - Binaural Museum: The people are the exhibits in this audio museum. Recorded in the British Museum hall using binaural mics, which record the sound from inside the ear, thereby capturing the interaction of the sound with the head and ears, and yielding a more convincing 3-dimensional sound space than a normal mic. Listen on headphones and close your eyes, and it turns into scene of activity. I love all the different things going on in the space, and the acoustics yield an amazing soft mesh of human sound.

Track 3 - Max Cooper - Woven Ancestry: This track was my attempt to represent musically, the idea of our cultural, mental and genetic ancestry weaving together in a complex manner, to yield each living individual. In order to represent this idea I chose 3 ancient instruments from different parts of the world, the West African Kora, the East African Nyatiti, and the European Harp. I then set each instance of each instrument playing different and undulating rhythms, to yield a complex interaction of sounds from disparate regions, analogous to the woven ancestry yielding each living person.

Track 5 - Peiyou Chang - Song of Gu Qin: This piece comprises a solo of the ancient Chinese instrument, the Guqin, whose origin dates from approximately 1000BC or earlier.
Track 6 - Vaetxh - Randolph Pactali: This track features one of the earliest known recorded pieces of music, by Thomas Edison, using a wax cylinder in 1888, to record "4000 voices singing G.F. Handel over 100 meters away". This recording sits in unadulterated form in there amongst Rob's 9/8 genius.
Track 10 - Xu Zhengyin  Dragon Boat: Traditional Chinese music
Track 11 - Unknown Origin - Gregorian Chant: I found a nice Gregorian Chant written by an unknown composer, from around the 9th century. I pitched the chant right down to make it less recognisably human, and into more of a drone.
Track 13 - Unknown Origin - Call to the Lama from Afar: A traditional Tibetan chant, maybe from around the 12th century.

DeepProgTech wrote on April 7th, 2013
Thanks!